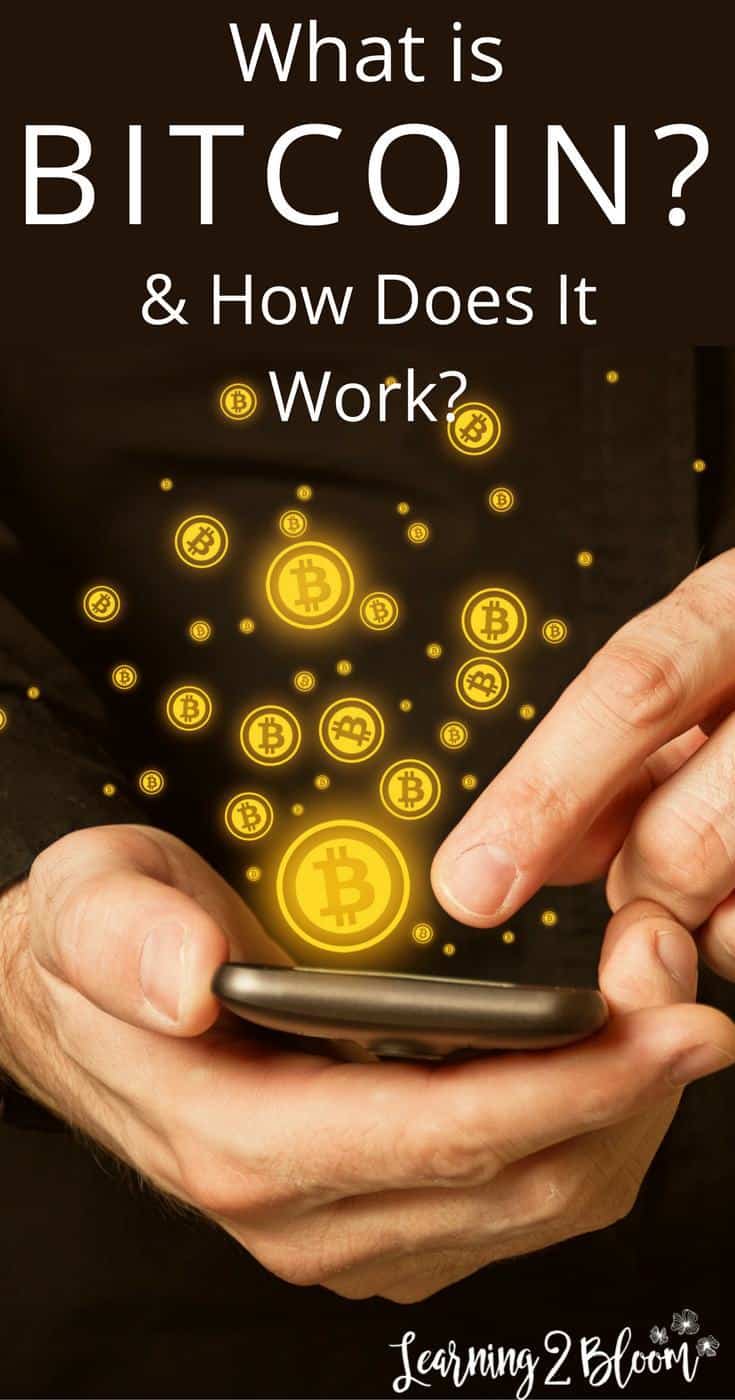 Have you heard about Bitcoin, but you’re not quite sure what it is? I totally understand! I thought I was the last one to really know what this is. I’ve heard about it in the past, but didn’t really pay much attention to it until lately. Boy, do I wish I would have looked into it back then!

Bitcoin is a currency (a cryptocurrency) that you can buy and sell. It’s basically digital money. It was created on a free market that isn’t based on one computer. It’s not tied to any central bank. It’s actually considered much more secure than money kept in a bank.

Bitcoin is also an easy way to move money globally without paying huge fees that places like Western Union, etc. charge their customers. Many people also like that it’s not regulated by government (although, that could change).

Many are now estimating the price of Bitcoin might go to 1 Million.   Others think that, although Bitcoin will still be relevant, another cryptocurrency will end up taking over. There’s no way to truly know what will happen.

Is it risky to invest in Bitcoin?

Look, no one can say for sure how well Bitcoin will do in the future. Like most other investments- Bitcoin value could keep rising and anyone who owns Bitcoin could end up making huge amounts of money. Or it could totally fail and anyone involved loses their money.

One thing that seems to pretty much be a given, is that it will rise and fall, as it is a volatile currency. Overall, though we have seen Bitcoin consistency rise.

I personally think it’s something worth considering, but wouldn’t recommend spending money you don’t have. If you do decide to buy Bitcoin, only spend what you can afford to lose.

Why do I keep hearing about other cryptocurrencies?

There are several other cryptocurrencies. If you would like to invest, look into them. Do some research and follow their trends before jumping into it. One site I use to track various cryptocurrencies is: Coin Market Cap. This site has made it easy to watch trends, see where to buy each coin, etc.

There are so many types of Cryptocurrency, such as: Ripple, Dash, Wabi, Lisk, Dragon, Iota, and SO many more. My kids laugh when they hear me talking about cryptocurrency. They think it sounds like I’m playing Pokemon- trying to decide if I should keep Wabi, or trade it for Ripple or Dragon… 🙂

How do I buy Bitcoin?

I have been using Coinbase to purchase Bitcoin. I really like how user-friendly it is. It was so quick and easy! Coinbase makes it easy to start out with cryptocurrency. Currently you can also purchase Ethereum, Litecoin, and Bitcoin Cash on Coinbase. Soon, there will be several other coins added to the app.

Want to know the best part?

At the time of this writing, Coinbase is offering $10 of free Bitcoin (for you and me) once you purchase/sell $100 of Bitcoin. I appreciate you using my link to help me support my blog. Coinbase is fairly simple to buy/sell and great for beginners.

How do I trade and sell Bitcoin?

Once you purchase Bitcoin or other coins through Coinbase, you can trade or sell other coins available through the app right on Coinbase.  You will want to watch the prices of each coin. Many people get nervous when the prices go down, but if you have been looking at buying a specific coin, this is the prime time to purchase.

Of course, if you decide that you want to trade or sell one of your coins, you want to do so when the prices are high. Just make sure that you watch for fees. Unless you’re making money off of the coins you’re trading, you don’t want to trade too often as you will pay a service fee for each transaction.

If you want to trade/sell coins that aren’t available on Coinbase, you can transfer Bitcoin from your Coinbase account to another app to use to trade/sell for other cryptocurrencies.

One app that I use is Cryptopia. This is more advanced than Coinbase and took me some time to figure it all out, but great if you want to diversify and invest in different types of Cryptocurrency. I would recommend looking into different types before investing. You can also join many different Cryptocurrency FB groups to help learn more about different options.

Binance is another site that I use to buy/trade cryptocurrencies. I started using this because some specific cryptocurrencies weren’t offered on Coinbase or Cryptopia. I would suggest looking into several to figure out which is the best fit for you.

Where do I store Bitcoin?

To store Bitcoin, you would go through a company that creates a wallet to basically hold your Bitcoin. You will want to look into different companies and decide which one you will trust and use.

For example, this is one of my Bitcoin wallets: 13e9kHwyqVSSzvRDpyVF7DCgwNrZu3SF7D  Your wallet is designed to be receive only and when you share it with others, they can easily send Bitcoin to you.

How can I keep track of my Cryptocurrency?

Once you start buying several types of Cryptocurrency, you will want to keep track of it all. I would recommend setting up a spreadsheet to track all of your coins, apps, wallets along with the associated usernames, passwords and keys. You don’t want to lose any of this information. If you do, there is a chance that your money will be lost!

Another way that I easily track the constant changing of my cryptocurrency value is through an app called Blockfolio. I don’t actually store anything there. I just input the amount of each cryptocurrency on the app and it changes the values in real time as they go up and down. It helps me to see which are doing well and which I might want to sell (or even hold out on to see if they go up).

Where can I spend Bitcoin?

You can also easily transfer Bitcoin to friends, family, or even many charities. Can you imagine giving a small gift of Bitcoin to someone only to have it turn into hundreds or thousands of dollars in the future? It’s possible.

Yes, I know there’s also the chance of losing money too. So please invest (and give) wisely.

12 Questions About Bitcoin You Were Too Embarrassed to Ask

Right now, you can also watch Banking on Bitcoin on Netflix

You may also be interested in budgeting hacks for single parents

It’s worth having a small part of your portfolio in bitcoin, and it’s definitely worth understanding the currency revolution. What do you think about Bitcoin? Do you own any Bitcoin? What about other cryptocurrencies? 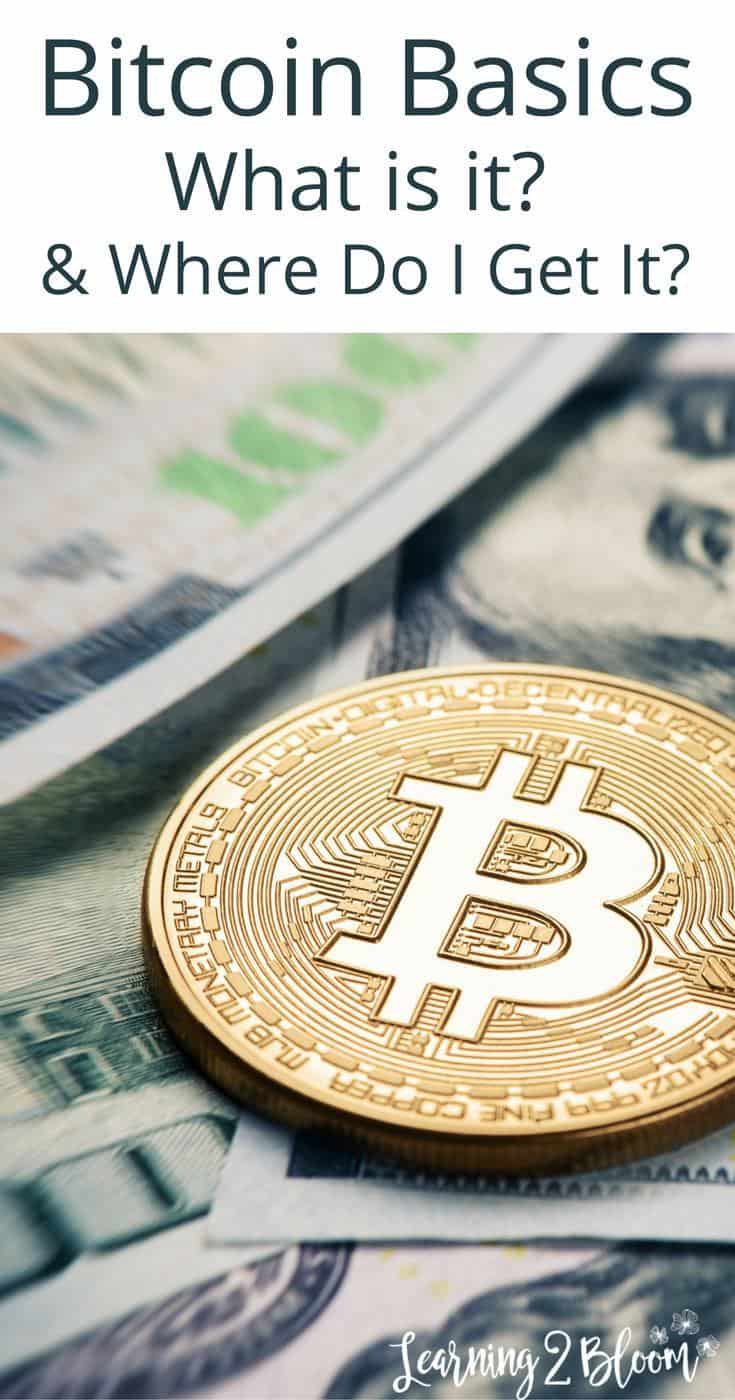 « The Seasons of Dating
Are you in a backburner relationship? »