How do you know if you’re in a backburner relationship?

What is a backburner relationship?

There are several signs that you’re the backburner girl. You’re basically on hold. He’s keeping you around as an option, just in case nothing else works out. You aren’t the girlfriend, but he isn’t ready to let go of you either. You may be hoping to be moved to the front burner only to get your hopes up and then disappointed over and over.

He won’t commit and leaves you waiting

One major sign is that he doesn’t want to commit, but doesn’t want to break it off either. He wants you there just waiting. Most of the time he’ll even be honest enough to let you know you’re not the only one while throwing in a few comments about how it’s just bad timing right now.

He doesn’t want you to think you’re the only one, but wants to keep you hoping just in case there’s a chance of a future romantic connection. He constantly hints at possibilities of being together.  At the same time, he probably gets annoyed or even jealous when he finds out that you’re interested in or dating someone else.

You keep questioning whether you’re in a relationship or not

It probably feels like you’re in a relationship, but you’re not actually in one. You feel a connection, but nothing ever comes from it. He wants to give you enough hope to make sure that you don’t leave, but not enough that you would feel confident and leave. He makes promises or small commitments that keep you feeling like there’s a possibility of a relationship even though it probably won’t happen.

You nervously find round about ways to define the relationship, but all you get is “let’s see what happens”, “let’s just see how things workout”, “don’t rush things”, etc. He makes sure to leave it open-ended and undefined causing even more confusion and anxiety. He basically wants to keep you there “just in case” nothing else works out. Don’t hold your breath thinking that anything will actually come of it.

If you do make plans to hang out together, he probably often cancels or changes times on you last minute. He probably never makes concrete plans ahead of time, but would rather keep you waiting and available just in case he doesn’t have anything better to do. Plus, he knows that you’ll drop anything the next time he calls. Lucky him- he’ll never be bored or left alone like you are most weekends.

You’re not included in his life

He doesn’t include you in his personal life. He doesn’t introduce you to people and you might feel like you’re being kept a secret. He might hold your hand, or show physical affection while you’re alone, but he won’t show any affection if there’s a chance of someone he knows being around. He doesn’t want anyone to get the idea that he might be in a relationship with you.  How will he meet the one if he doesn’t appear to be 100% single?

If he sees you starting to lose interest, he pulls you back in

As soon as you express frustration or show the possibility of leaving, he suddenly realizes what you mean to him. He may start calling/texting more or may even do something he knows that you will like. He probably even made a point of turning off his phone or leaving it in the car, which shows how dedicated he is to spending quality time with you.  The problem is that as soon as you’re hooked again, he’s back to the excuses.

He opens up to you as if you were his girlfriend

He frequently opens up to you in person or even through texts or messages. You’re the one he goes to when he needs to talk about his day and even his dreams. He may even vent about the person/people they date. He loves having someone there when he needs to talk, but he’s usually unavailable when you need a shoulder to cry on.

He frequently comments and likes your social media posts. This is a great way to keep you feeling like they’re interested without much work. If he’s in a relationship, his partner probably doesn’t know how often he communicates with you or at least doesn’t know how much he tells you- if she even knows about you at all. On the flip-side, you know much more about her than you ever wanted to know.

Listen to his actions

Listen to his words, but pay attention to his actions. Many times guys will act like they care and make you feel you have a chance while they’re telling you they’re not interested or that it won’t work out. When you end up confronting them, they act confused and remind you that they’ve always been completely open with you.

Listen to his words

Others may act like they don’t care, but constantly tell you that it might work out someday or say things to lead you on and think you have a chance. 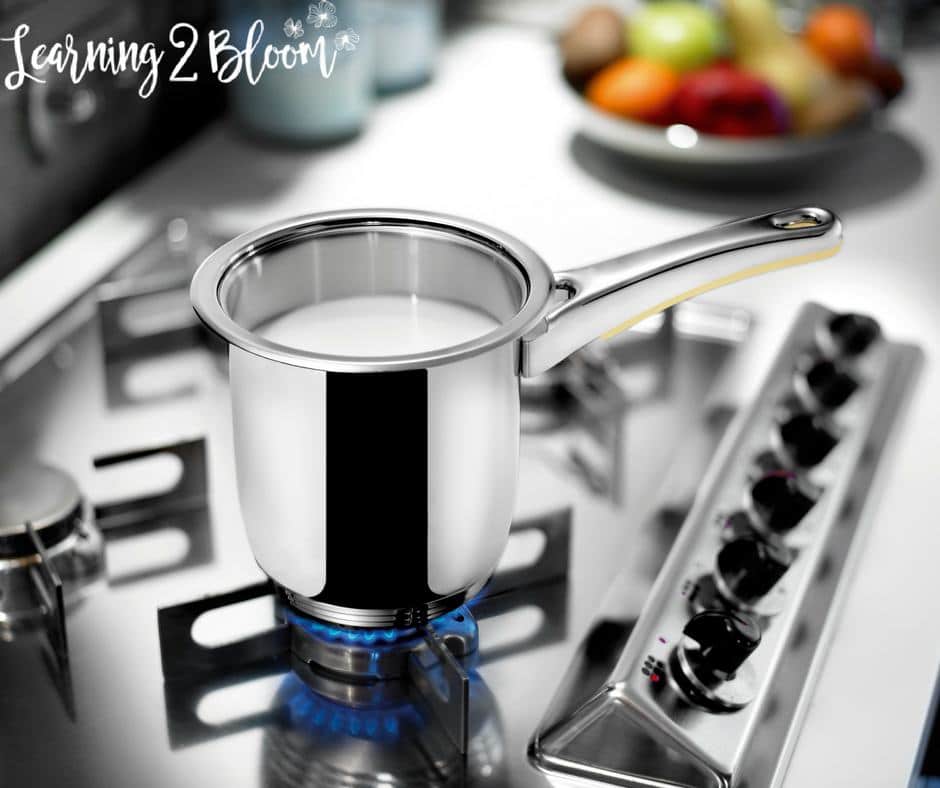 Are his words and actions in harmony?

If his words and actions aren’t matching up, that’s a huge red flag and probably time to go find someone who deserves you. Don’t stay in a confusing relationship. Confusion is one of the biggest red flags out there.

Don’t put men on the back burner

First of all, really look at the men in your life. Are you keeping around your own back burner guys? Who are the guys you start texting when you’re feeling lonely, but drop as soon as you have a boyfriend? Who do you have around “just in case” or just for someone to flirt with when you need some male attention?

Personally, I feel that the best way to open up your life for a real relationship is to declutter your love life and make room for them. Before you expect to find someone  who won’t treat you as a back burner, stop treating others this way. Cut off communication and focus on things that actually fullfill you.

Put yourself first. Show that your needs are a priority and that you won’t drop everything you’re doing the second he calls you. Show that you value yourself and won’t be disrespected.

Don’t schedule around his plans

Don’t drop everything to fit into his schedule. Make plans for yourself and then build other things into those plans. If someone really wants to be with you they’ll plan ahead and stick to your plans.

Don’t waste your time on guys who won’t commit

Don’t be with someone who won’t commit to you. Don’t waste time listening to his excuses. If he doesn’t choose you, move on.

The man you need will find time for you

The man who is right for you will show you he wants to be with you. He’ll find time for you. He’ll pay attention to you. You won’t be confused. You won’t wonder what he’s thinking or what his intentions are. He’ll show you through texts. He’ll be there and make it clear that you’re his priority.

Choose the people you want in your life. Surround yourself with people who care and want to be around you too. Choose to be in a relationship with someone who also chooses you.

Backburner relationships are no way to live

No one wants to become emotionally invested when there’s no chance of anything real. Put yourself first. Being put on the back burner is one of the worst feelings out there, especially when you’re really looking for someone to care for and love.

If he wants to be with you, he’ll make it work

If a man really wants to be with you he won’t make up excuses. He will choose you and you will be his priority. He will let you know when he’s available and make things work. He won’t keep you guessing and will do what he can to help you feel secure in the relationship.

If he cares about you, he’ll try to see you. Of course, no one’s perfect, but if he sees that you are frustrated, he’ll listen and work things out. He’ll show you that he values and respects you and do what he can to keep you in his life.

You deserve a man who protects your heart and will do what he can to be with you. You deserve happiness and love. Stop being “too nice”. Seeing that he’ll always choose her and never you is a downward spiral of your self-esteem. Your worth is caught up in questioning why you’ll never be good enough.  It’s easy to be paralyzed by uncertainty, almost impossible to move forward.

If you’re stuck with someone who’s treating you as an option, you’ll never be anyone’s priority. Get rid of anyone who is treating you like you’re not important. Make room for the right person to walk in and show you that you’re a priority in their life. I’m sure that man is more than ready to be treated the same.

I would love to hear about your experiences in the comments below. Have you found yourself to be in a backburner relationship? Or do you keep men on the backburner “just in case”?

You may also be interested in: Seasonal dating patterns and Dating as a Single Mom 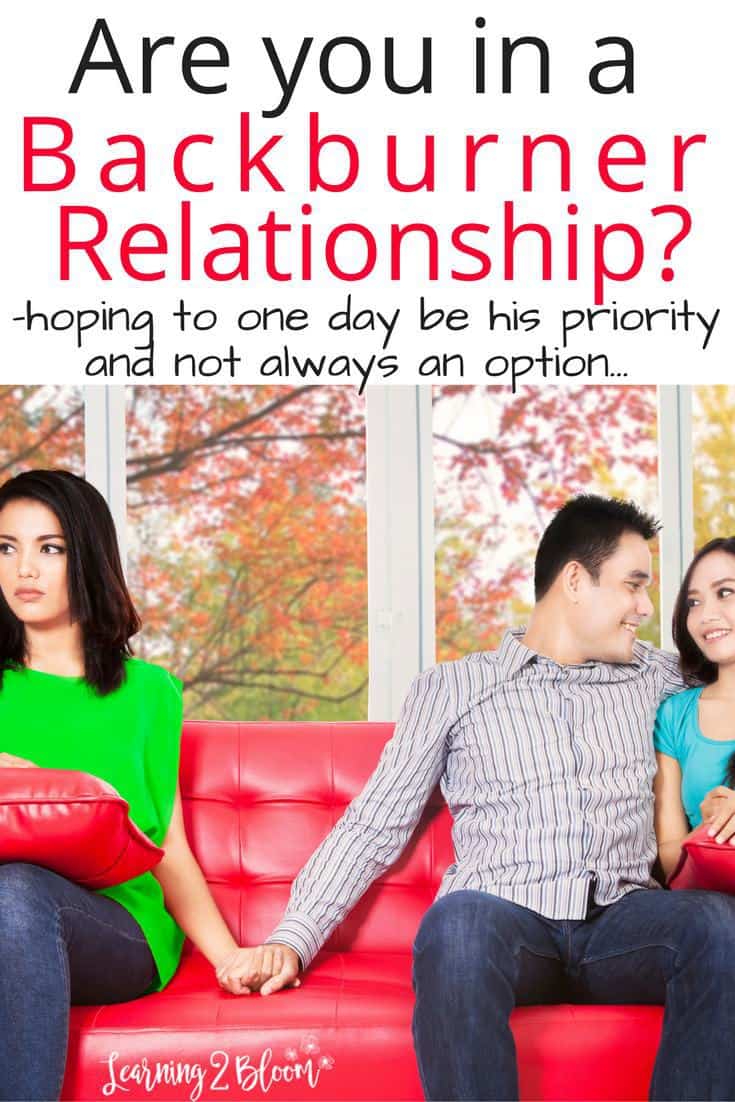 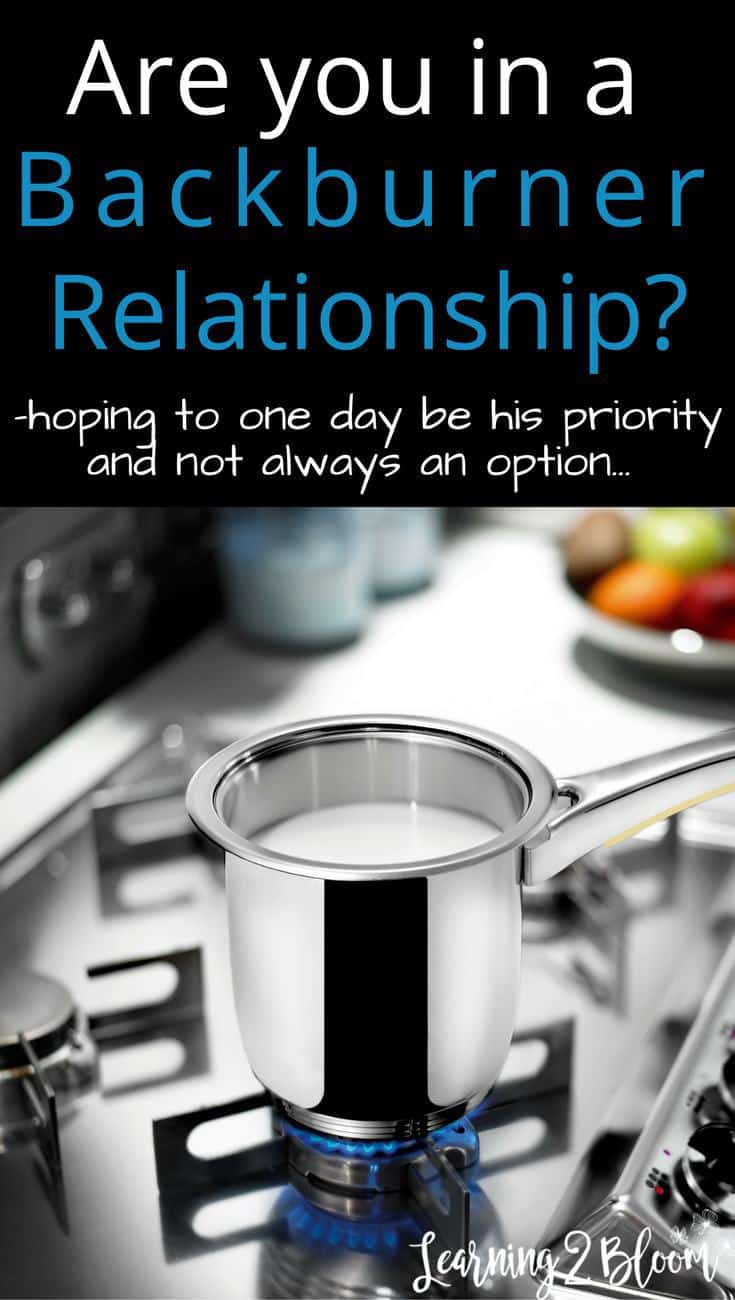 « Bitcoin Basics: What is Bitcoin and How do I Buy It?
Gifts for Men »